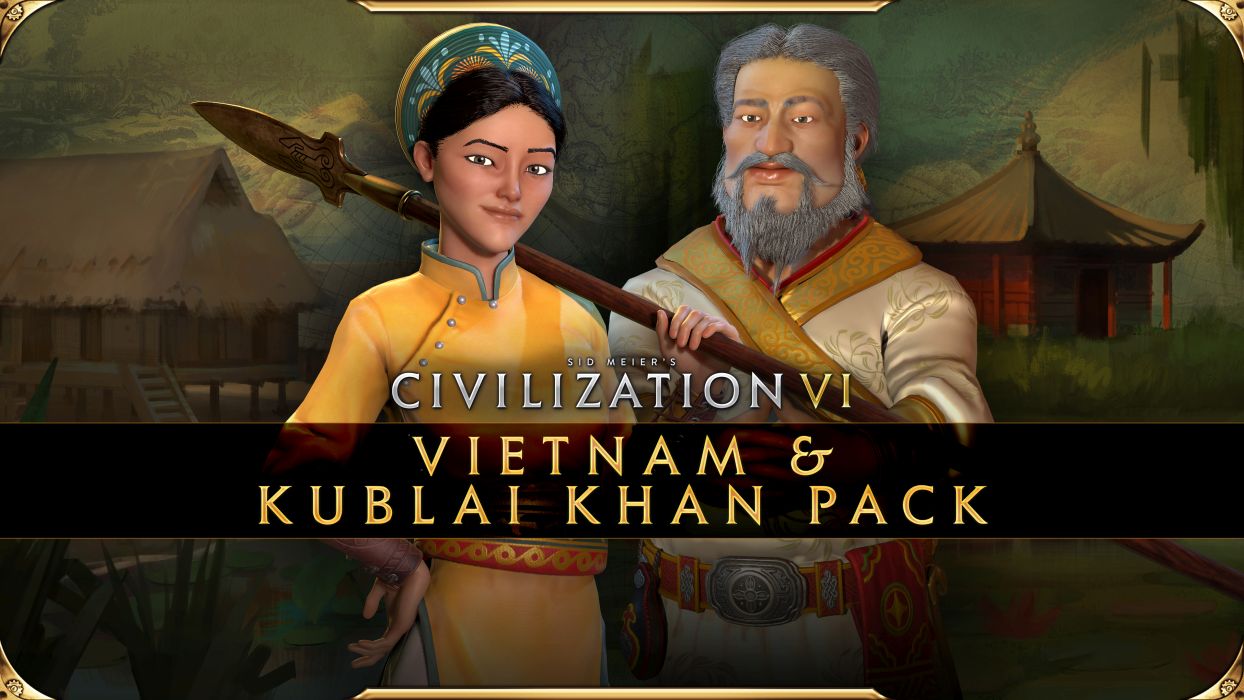 This new content pack introduces Bà Triệu as the leader of Vietnam and Kublai Khan as an alternate leader of either China or Mongolia. Also included is the new Monopolies and Corporations game mode, as well as a new district (The Preserve), with new buildings (the Grove and the Sanctuary). 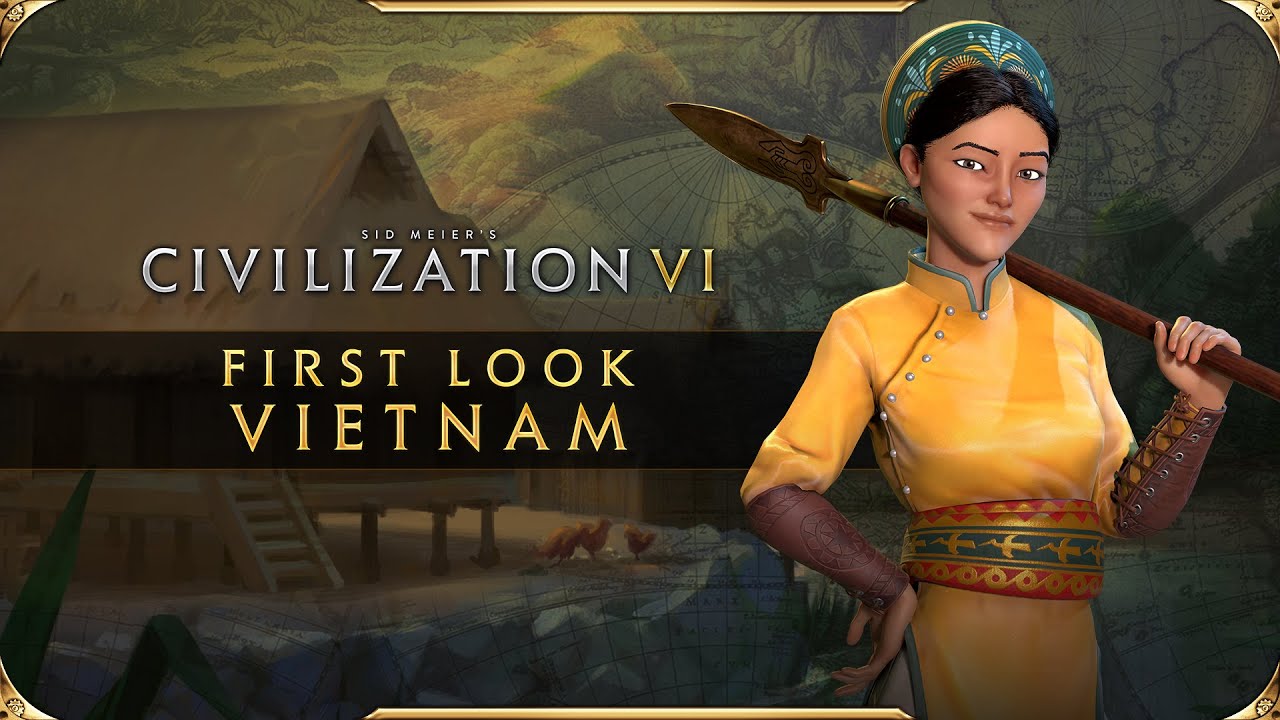 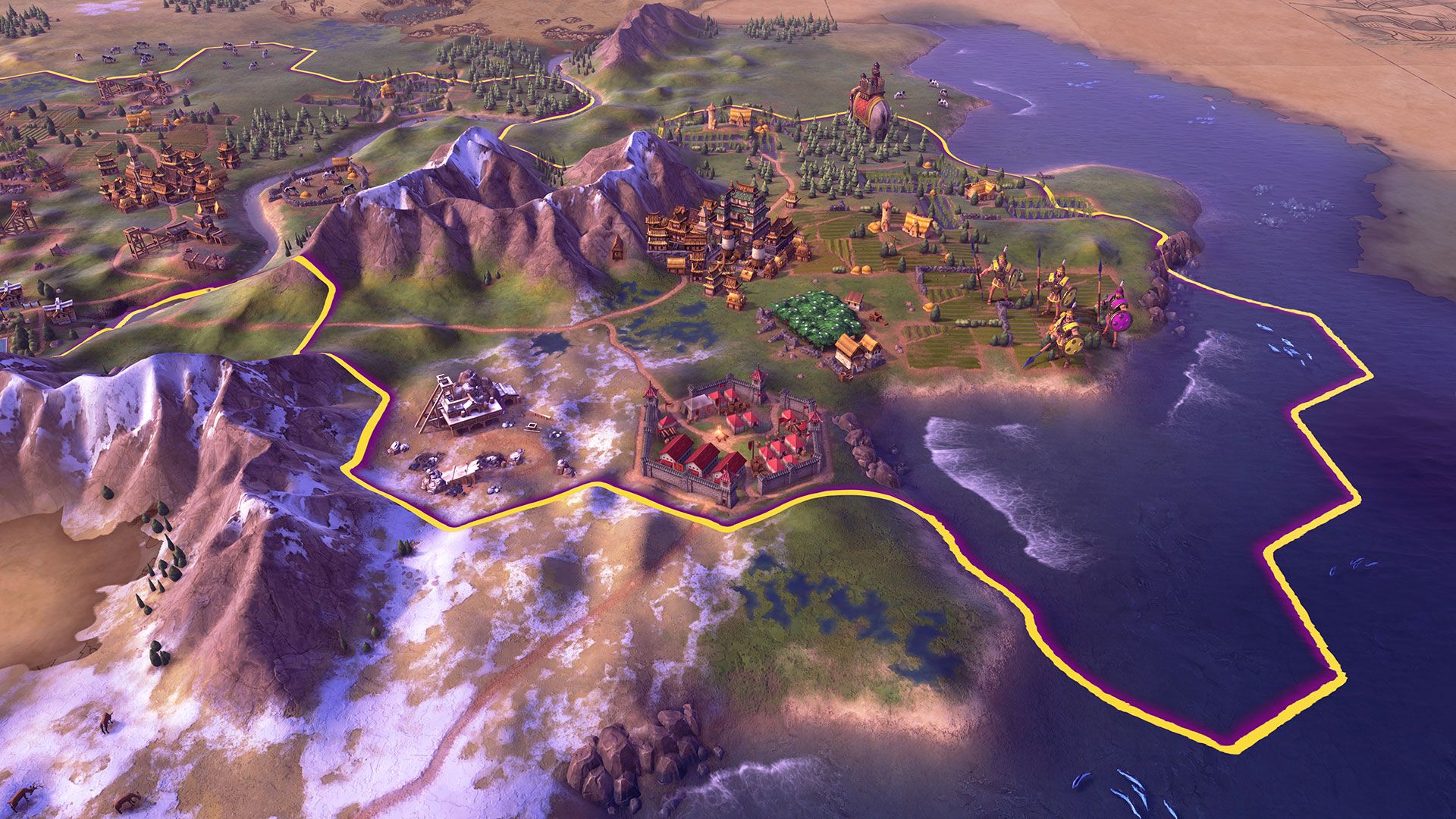 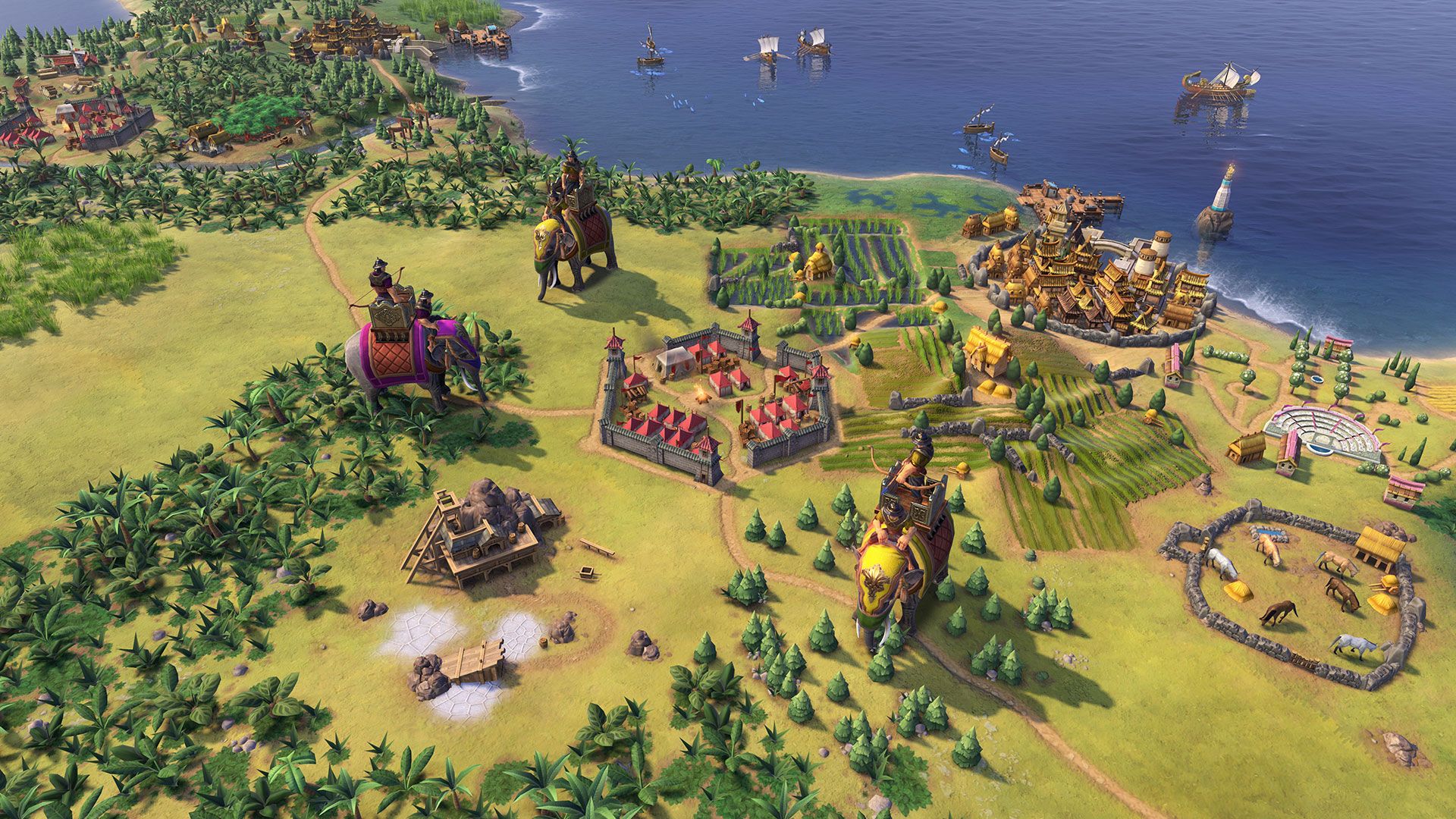 Also includes Kublai Khan as an alternate leader for China and Mongolia (requires the Rise and Fall expansion to play as Mongolia.) 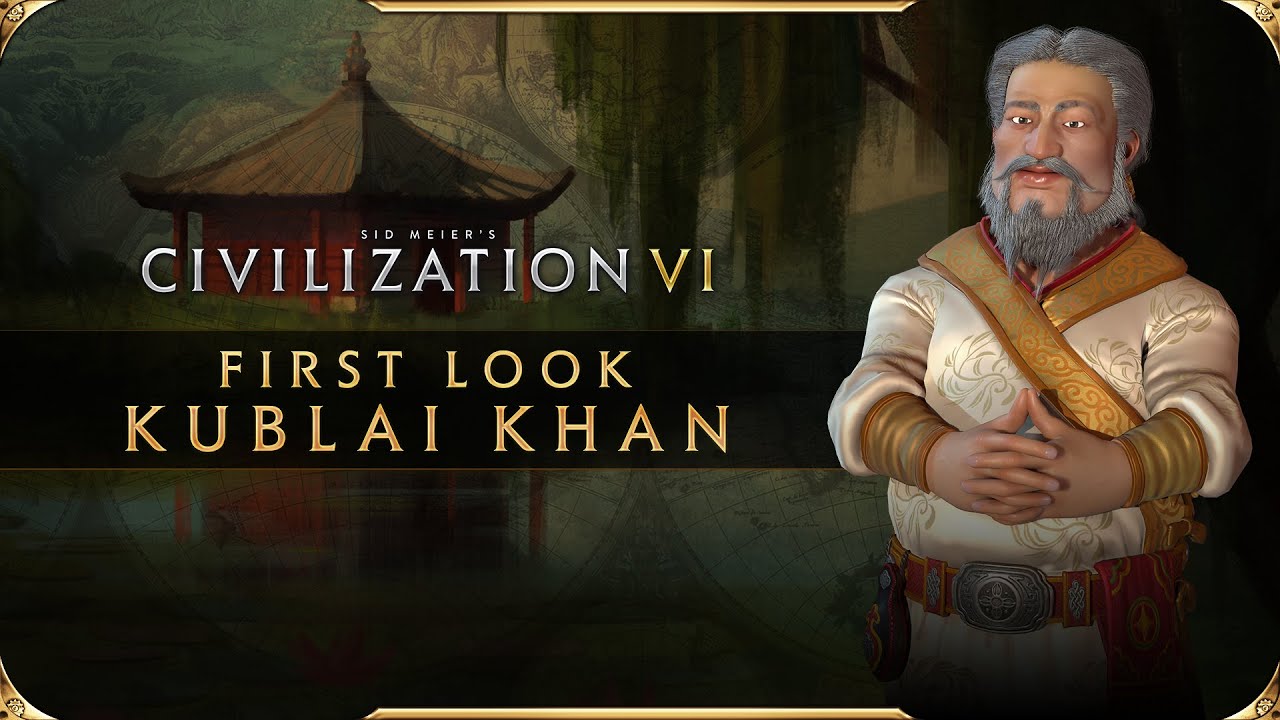 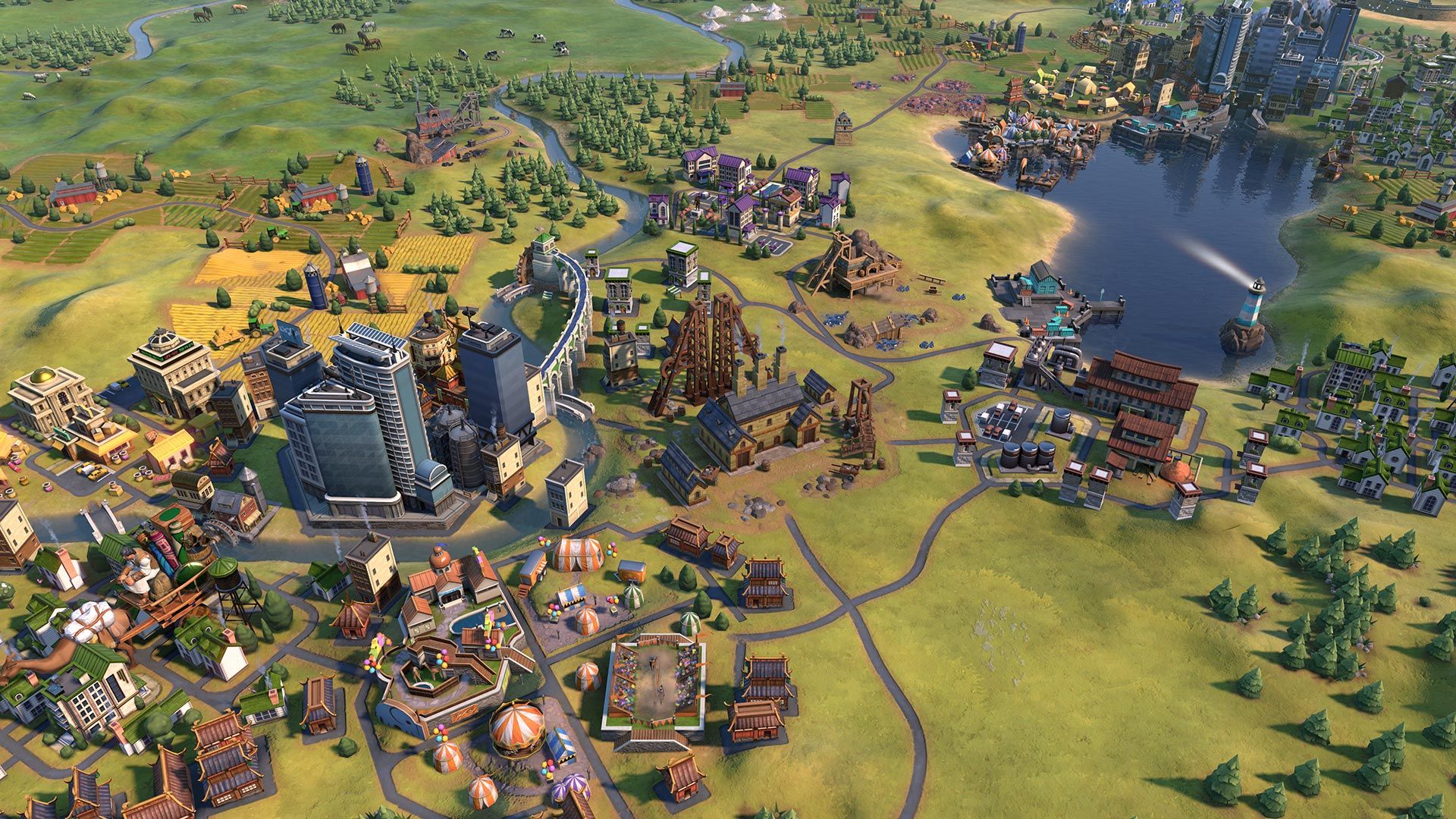 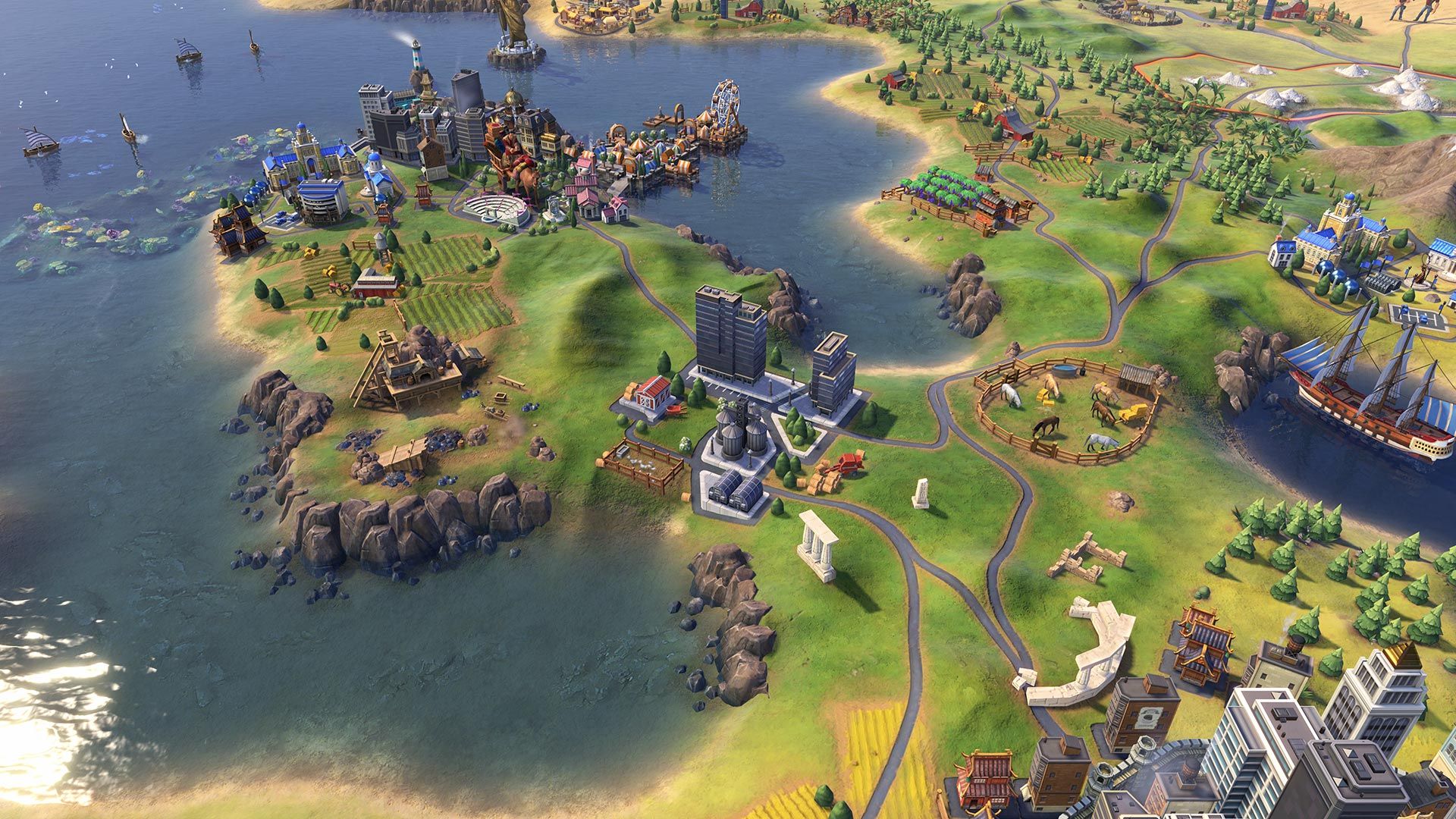 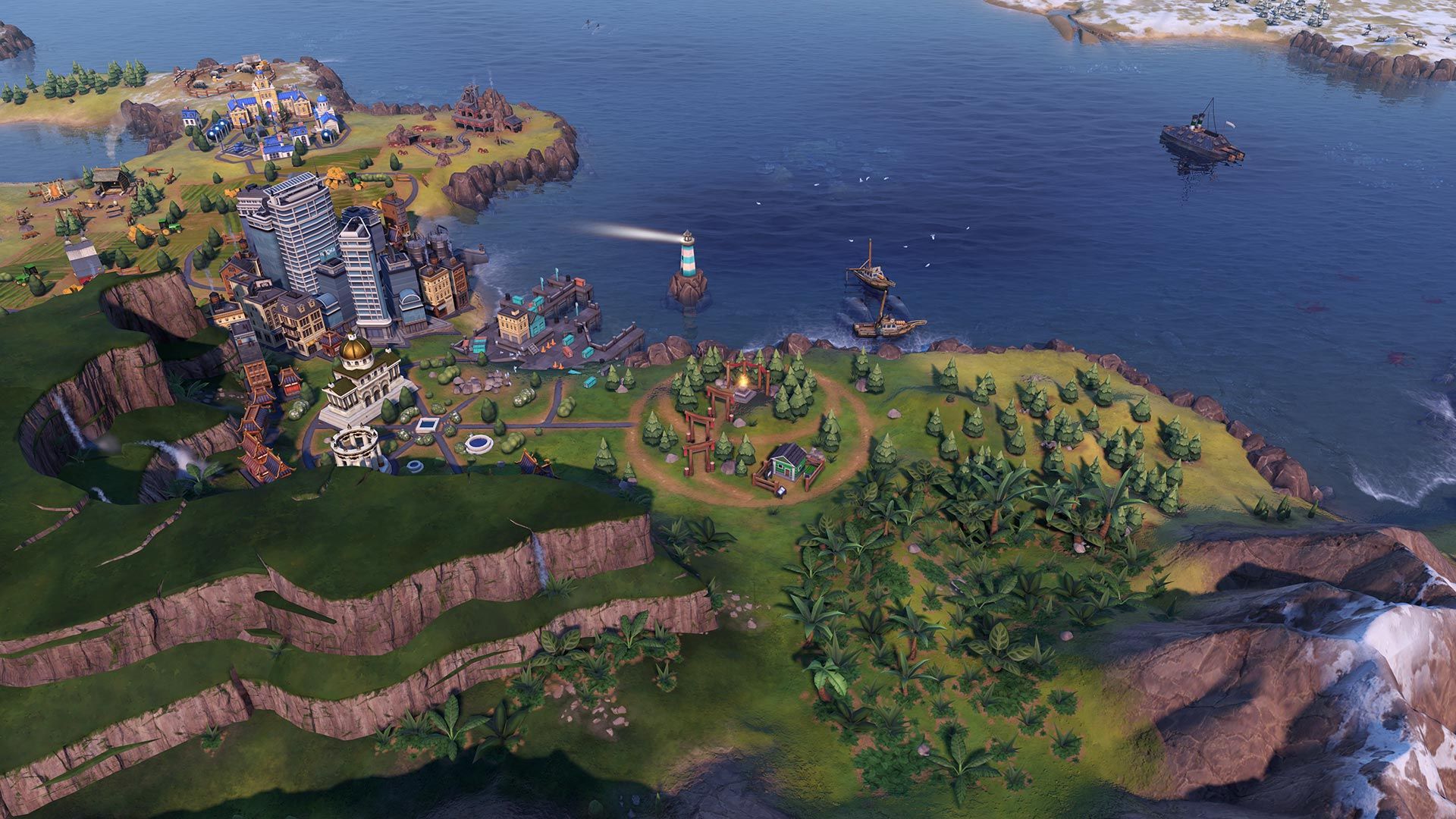 Today’s release of the Vietnam & Kublai Khan Pack is the fifth in a planned series of premium updates for Civilization VI that we’re calling the New Frontier Pass. If you purchase the New Frontier Pass, you’ll also get the exclusive Teddy Roosevelt and Catherine De Medici Persona Packs.

Here are the full update notes:

Ability – Drive Out the Aggressors
Agenda – Defender of the Homeland
Leader: Kublai Khan

Kublai Khan can be selected as a leader for China or Mongolia.

The Monopolies and Corporations mode enables you to build profitable Industries around Luxury resources, found Corporations to further their development, and manufacture unique Products to secure your place in capitalist history. Monopolies on resources grant the player additional Gold and Tourism, based on the number of resources controlled and the number of foreign trading partners. By controlling 2 or more of a specific Luxury resource and having the Currency tech researched, players can establish an Industry around that resource by having their Builder construct a special improvement, which gives bonuses unique to the resource to the host city. Controlling 3 of the same resource and having the Economics tech researched allows your Great Merchants to create a powerful Corporation by constructing a special improvement on top of the Industry.

seriously the wait for the patch notes is maybe my favorite part of the whole civ experience.

No more destroying Wonders as Hercules... Fortunately, I never did so.

War is Peace, Freedom is Slavery, Ignorance is Strength. -- George Orwell | War is merely the continuation of politics by other means. -- Carl von Clausewitz | The happiness of your life depends upon the quality of your thoughts. -- Marcus Aurelius
My Civilization Ideas Threads: 1, 2, and 3. Ryansinbela's archives of my Ideas: Map and Document.
Horrible Maps
D

With the exception of bug fixes, doesn’t seem like anything we didn’t know by yesterday’s livestream.
Fair, the corporations mode is huge as is, and the preserve is great. Just wish there was a bit more to read

Eagle Pursuit said:
not a whole lot of patch changes for regular gameplay
Click to expand...

They do fix quite a few recent bugs, like the Basil bug and the Nalanda bug, which I appreciate.
The Nalanda bug is gone, certain tier lists would never see the light of day

I don't see anything in the patch notes about fixing heroic relics disappearing from monuments after joining the Voidsingers.

Mine was 303.7 MB but I don't see the new game mode or Vietnam and Kublai Khan. Was that just the patch? Will there be another download? Who else is having the same experience?
[TBA]

Indeed... No more tier lists that ranked Civilizations based on how close they spawned to a certain City-State.

War is Peace, Freedom is Slavery, Ignorance is Strength. -- George Orwell | War is merely the continuation of politics by other means. -- Carl von Clausewitz | The happiness of your life depends upon the quality of your thoughts. -- Marcus Aurelius
My Civilization Ideas Threads: 1, 2, and 3. Ryansinbela's archives of my Ideas: Map and Document.
Horrible Maps

Laurana Kanan said:
Fixed an issue where the player could get multiple free technologies from building the Mahavihara after repeatedly becoming the suzerain of Nalanda.
Click to expand...

Guess this will calm down a certain someone.


Laurana Kanan said:
Raised priority of aircraft for AI
Improved use of aircraft in combat for AI
Click to expand...

AI competent in aircraft will be interesting, really looking forward to that.
City specialization is probably the way to resolve the Wide vs Tall meta

Was kind of hoping that the Netherlands, or some civ, would get an added bonus when playing with the game mode on considering they did that for Georgia and Sumeria.
Need a good laugh? Check this out: https://forums.civfanatics.com/media/albums/civ-6-leader-memes.173/
Season 2 Wishlist/Expectations: Iroquois, Haiti, Navajo, Italy, Berbers, Assyria, Siam, Akhenaten for Egypt, Maria Theresa for Germany/Hungary or Austria
Game Modes: Nomadic Start, Pandemic, Cultural Identity and Ethnicity, Reformation and Schisms
City States: Lhasa, Port Royal, Luxembourg, Mesa Verde, Dubai, Sheetʼká

The update is out but not the DLC? There's no button for me to purchase it.
My Mods:
Age of Capital
Silk and Spice: Trade Route Rework

AntSou said:
The update is out but not the DLC? There's no button for me to purchase it.
Click to expand...

I needed to search the DLC from the Steam
Edit: incorrect word
Last edited: Jan 28, 2021
Civ wishlist:
Finland - Urho Kekkonen, Gustaf Mannerheim (since CivII, my most wanted)
Swiss (since CivIV)
Sami (since CivV)
Iceland (since CivVI)
You must log in or register to reply here.

Yesterday at 10:59 AM
Dotsworthy
D