In the fall of 2016 I flew to Narita International Airport, near Tokyo. I had a return ticket with me that would take me home about 22 days later. I also had a hotel room booked for 8 nights in a good central location. After that I I did not really know where I would end up.

With me I brought a 2 week long rail pass, which could be activated at any time. The pass gives you access to the majority of trains running between Japanese cities, as well as a decent amount of regional lines, and even some subway lines.

This thread will be an attempt to summarize everything of note that I saw and ate during those 22 days.

The journey to my Tokyo hotel room involved a 2 hour bus ride, 17 hours of flying, 7 hours of sitting and waiting around at airports, an hour on a train, and several hours navigating the city. Along the way I stopped at the Narita airport post office, where I picked up my pocket wifi. This device would allow me to remain connected to the internet at all times during my trip.

Unfortunately I chose to not activate this device until later and had to deal with Tokyo's subway system all on my own. 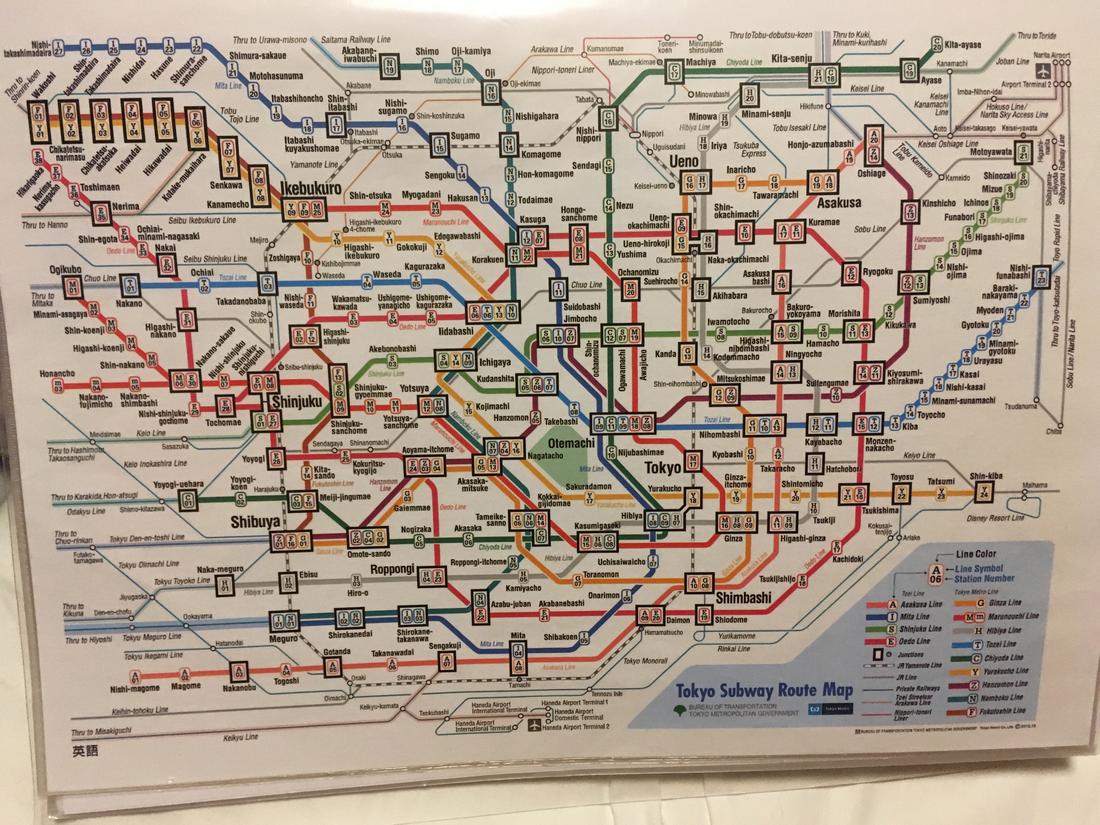 I ended up getting a bit disoriented at the mess that is Shinjuku station. It is the world's busiest train station and is connected to several subway lines. There is a vast underground complex to navigate through, and I had not yet activated my pocket wifi.. so I ended up getting a bit lost. It was also raining outside, and by that point it was dark out, so I tried to find an exit as close to my hotel as possible. In the end I bought an umbrella and walked out into the rain. It was a lot easier to orient myself this way, and 20 or so minutes later I was in my hotel room.. over 4 hours after my plane had touched down.

I got settled, activated the pocket wifi, and went out to look for something to eat. I remembered seeing many restaurants in the vast underground complex that was Shinjuku station.. I walked in that direction and took the first stairs leading underground that I saw. This was not yet Shinjuku station, but there were already restaurants down there, other stores, and tunnels leading in different directions. I walked around a bit and settled on a restaurant that was selling grilled pork on rice.


I believe the dish I ate was Pork Shogayaki, although that is usually a bit thinner, so consider that a guess. The menu you can see in the short video mentions Shogayaki on the cover and I remember getting something that was popular... so I'd say that's a good guess

Pork ShogaYaki is the 2nd most popular way to eat pork in Japan. The pork is grilled and braised in ginger, soy sauce, and mirin. I liked it so much I ended up ordering two bowls.

Neato. I like your travelogue threads. This one's even better because I spent almost all of June (and a bit of July) 2018 in Japan, so I've probably been to a lot of the same places.

I agree Shinjuku Station was a confusing mess. It sparked a fight with my then-girlfriend (who I was traveling with)

Less climbing more eating !
daryllawsonCA Obama is the ANTI.CHRIST ....and fulfill the prophecies in Revelation13....Jesus is coming soon

I should have unpacked my pocket wifi on the train I was taking from Narita International Airport into Tokyo proper.. It was really easy to set up, just turn it on and connect to it using the password provided.. and that's it! It would have really helped me navigate the city better and I would have probably ended up at my hotel a little bit sooner. Instead I chose to research the route I would need to take and made a note of the subway line I needed to get on to get to Shinjuku station.. That part was pretty easy actually, but I did not anticipate Shinjuku station to be so insane. I figured I would just arrive at the subway station and the rest would be easy, but.. nope, that was actually the most complicated part

Shinjuku station has over 200 exits. There also don't appear to exist any full-scale maps of the station, since 4 different companies run different parts of the station (from what I've read). The best image I've been able to find that sort of shows you the craziness of the place is a handdrawn one, with all the writing in Japanese: Slightly oversized image

The station is a vast underground maze that is connected by tunnels to arcades, restaurants, other subway stations, and other underground complexes.. It doesn't really seem to end anywhere or start anywhere, once you're underground you can just walk in different directions. I don't think the above image really shows you all of that, only the train station part, and possibly some of the subways
Patagonia 2008 | New Zealand 2010 | Peru 2012 | Thailand 2013 | Norway 2015 | Japan 2016 | Everest Basecamp Trek 2017 | Vietnam 2019

I had fun in Shinjuku Station, but I wasn't trying to get anywhere in particular, I was just wandering. I wish somebody'd told me to try shogayaki. I was traveling alone, I don't speak Japanese, and I didn't know anything about Japanese cuisine past sushi, so I got through non-sushi meals by just pointing at something.
It might not be the worst time to be alive, but it's certainly the most embarrassing. - Betty Gilpin
What can be asserted without evidence can also be dismissed without evidence. - Christopher Hitchens
Think before you speak. Read before you think. - Fran Lebowitz
I'm not for everyone. I'm barely for me. - Marc Maron

Shinjuku is a major economic, administrative, and transit hub of Tokyo. It's a busy place with many options for shopping, eating, drinking, and late night shenanigans. 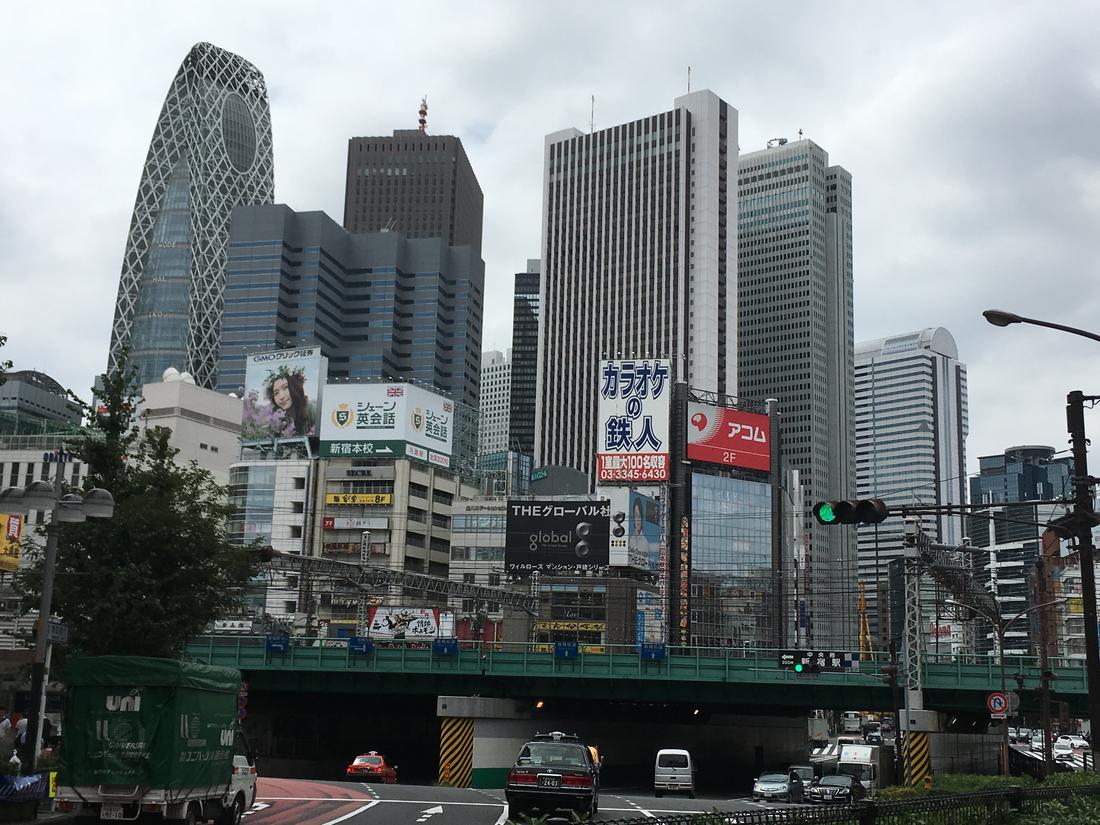 The Shinjuku ward actually has the status equivalent of a city, with its own mayor and local elections. 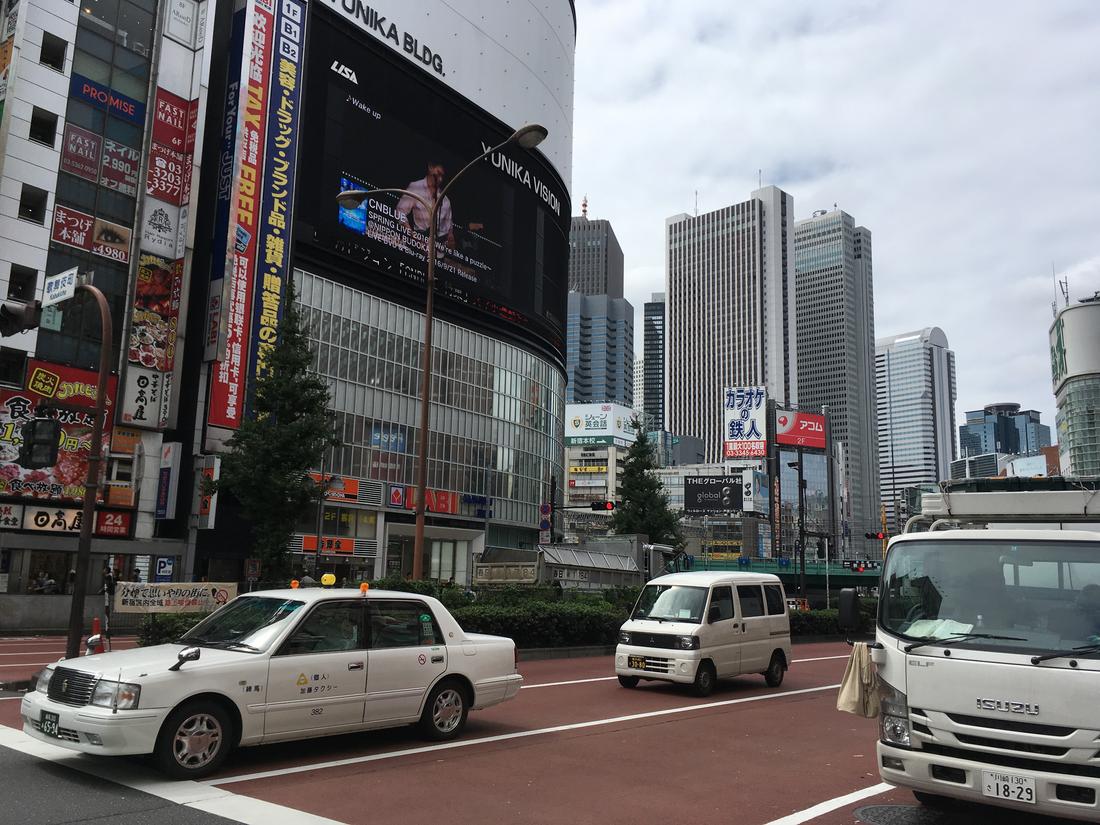 I spent the morning casually walking around and exploring the area. I was still pretty jetlagged, so on this first full day in the country I was content to take it a bit easy.

For my first lunch in Japan I decided to eat some Tonkatsu Ochazuke. To explain this dish.. all you need to know is that tonkatsu is a breaded deep-fried pork cutlet, and ochazuke is green tea poured over rice.

My first problem was that I could not find the restaurant where google maps told me the address should be. I looked around and nothing... until I eventually saw a small elevator.. Inside I was greeted with my options 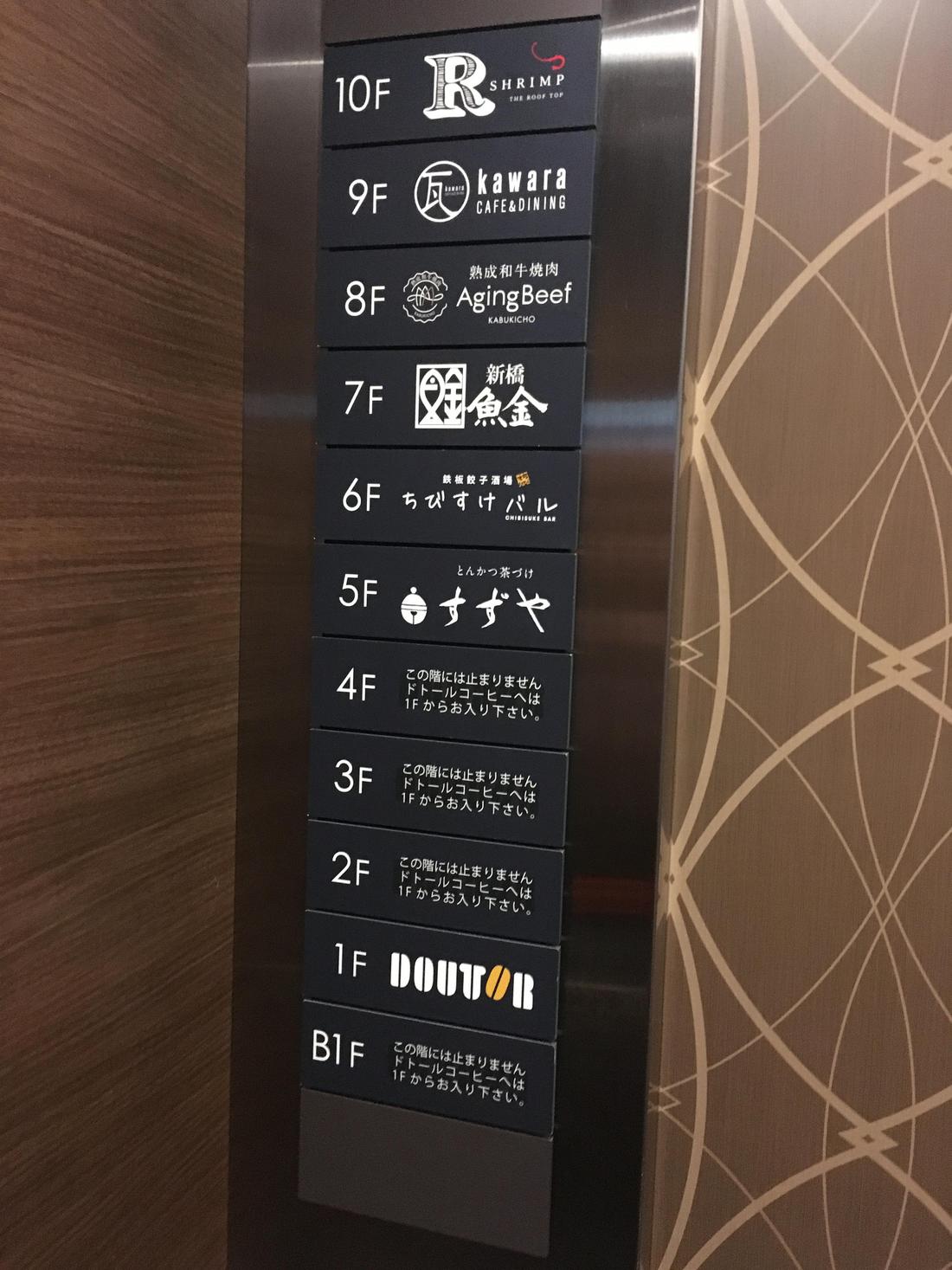 The presented options did not help me in the slightest, but nevertheless soon enough I was in the restaurant ordering my very first lunch in Japan! 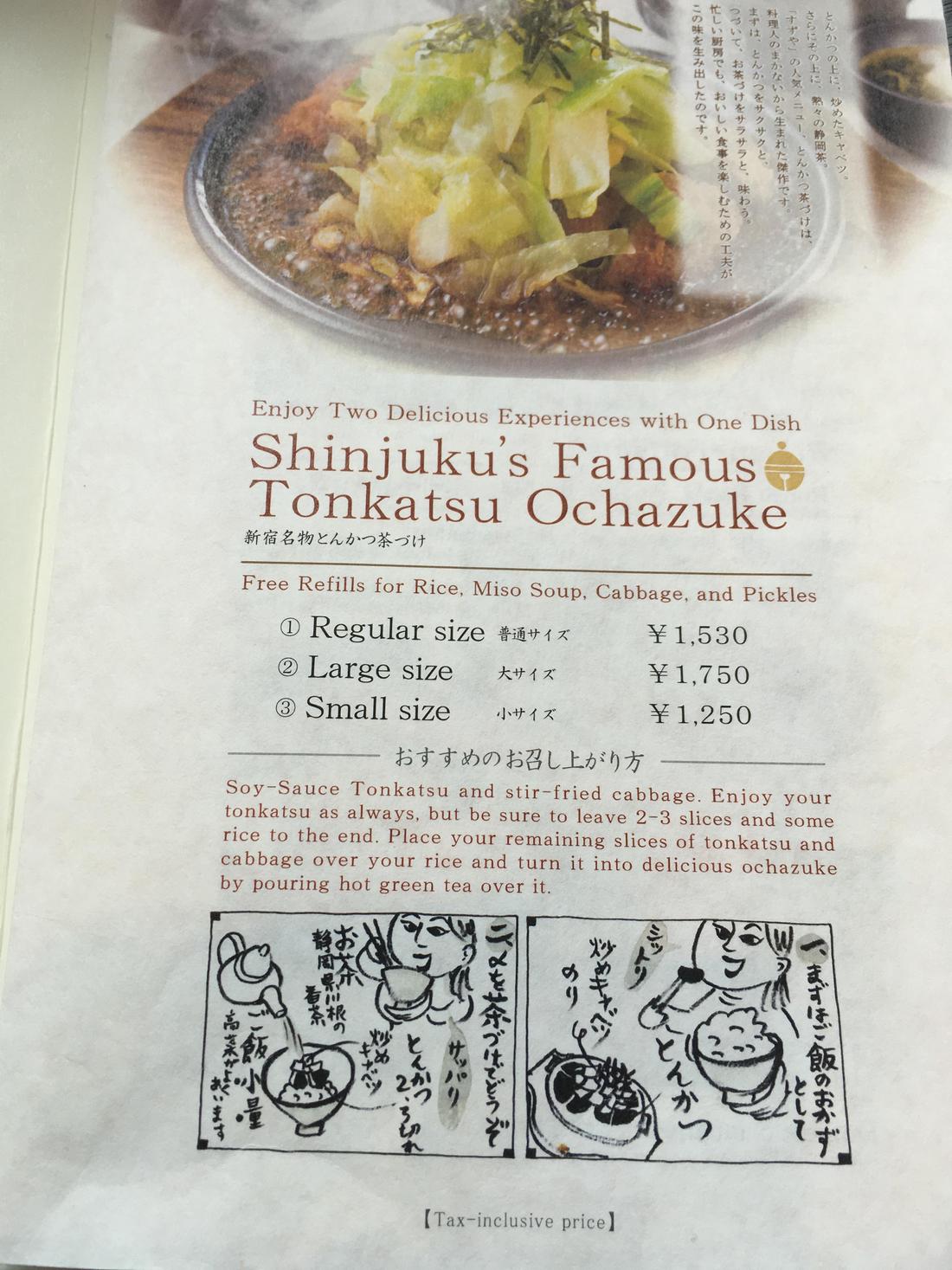 I read this page so many times before actually doing any of that...


I was sitting right by a window from which I had a great view of this part of Shinjuku. Across the street were TVs showing some sort of anime. 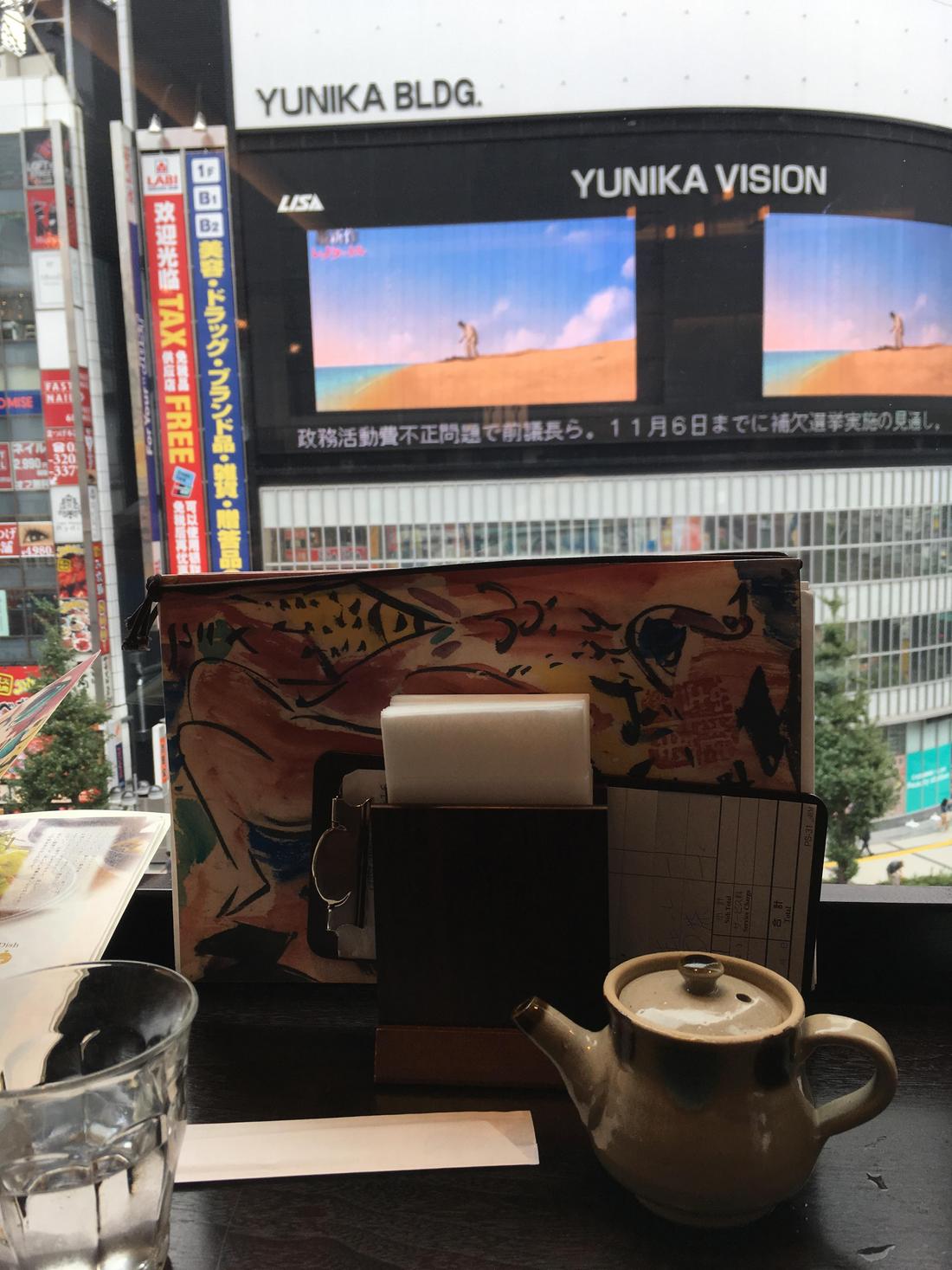 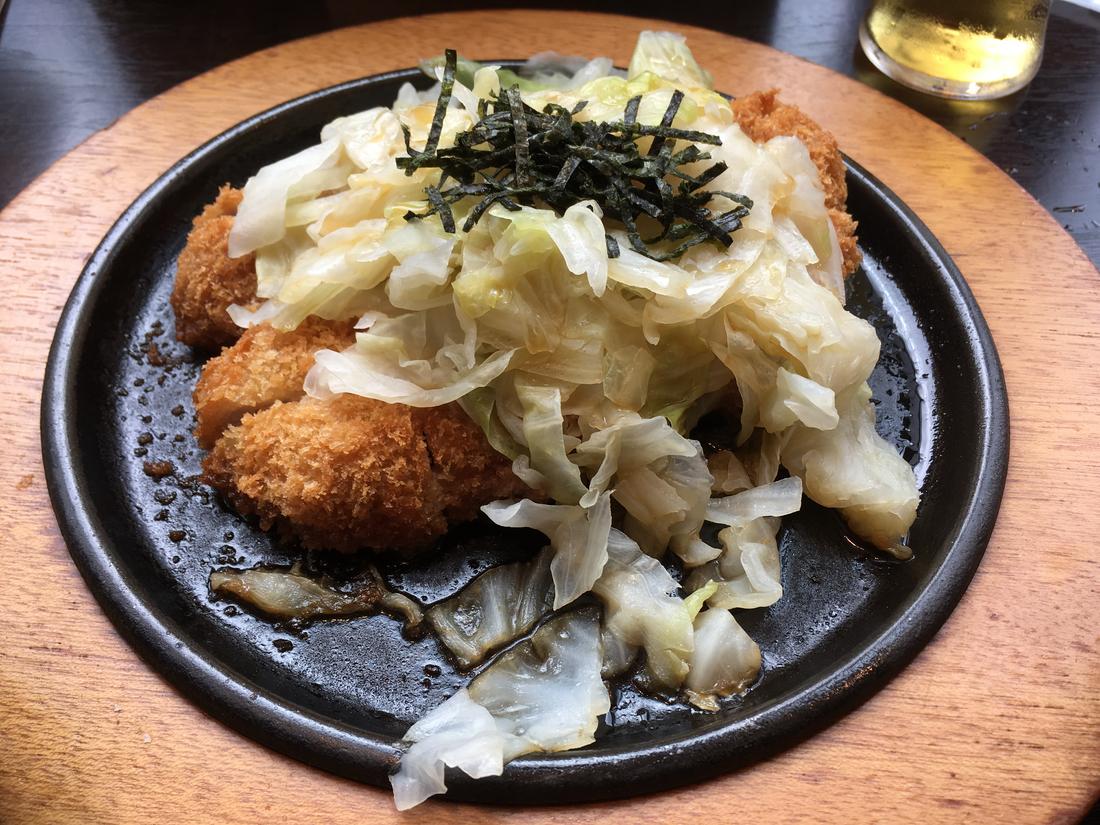 ^ small tip for ordering food from ticket machines, if your not sure what the Japanese words are. instead of hitting random buttons the top left is the most popular restaurant dish and any within the top row will mean delicious food. Too late for Egon
Stop wasting time at Shinjuku and head to Akihabara

Also the rice in Japan is really good.
daryllawsonCA Obama is the ANTI.CHRIST ....and fulfill the prophecies in Revelation13....Jesus is coming soon

Yeah, I only spent a bit of time in Shinjuku. This was my first full day in the country (back in 2016) so I decided to not take the subway anywhere and just explore within walking distance of my hotel as a way to take it easy and to help with getting over the jetlag

When you look at a map of the area around Shinjuku station, the first thing you notice is a large green space just to the south-east. This is the Shinjuku Gyoen National Garden. This land was given to a Daimyō (a Japanese feudal lord) in 1772, who built a residence and a garden here. Over the years it went through several changes: it was turned into an agricultural centre, then into a botanical garden, it was destroyed in WW2, then rebuilt, and it is now an imperial garden (gyoen) and a national park. 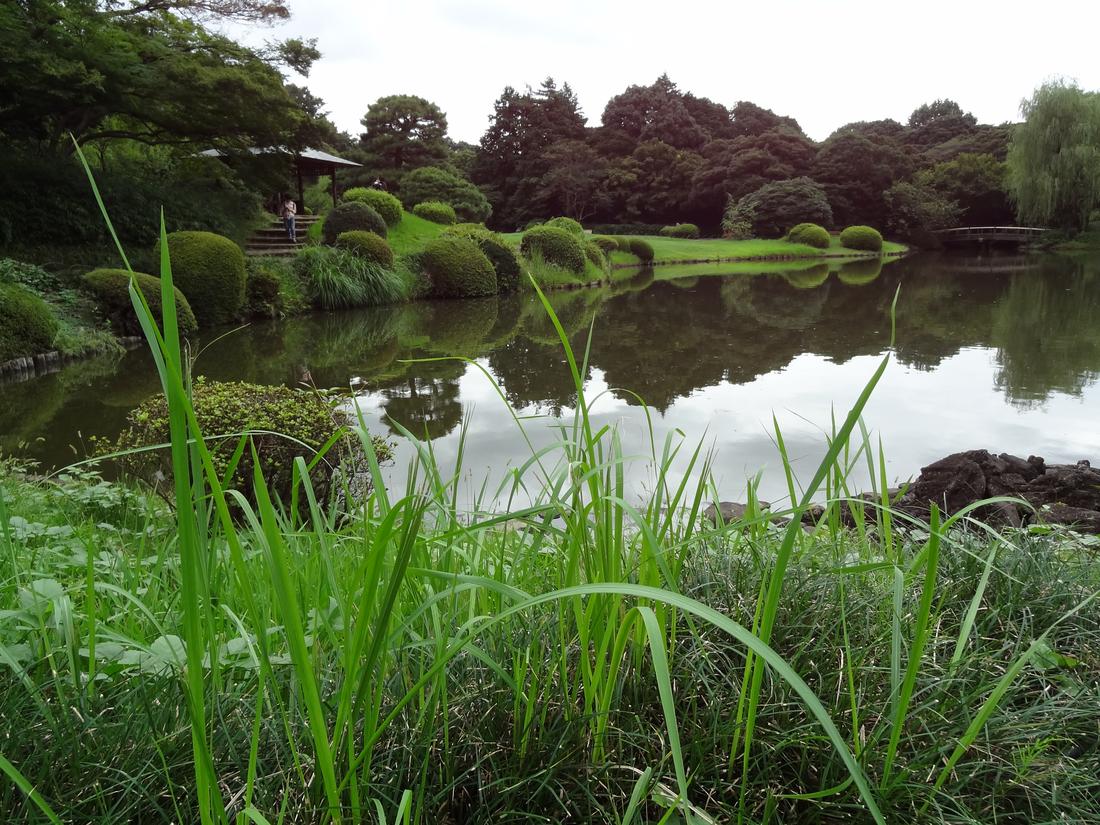 The garden blends French Formal, English Landscape, and traditional Japanese styles. Every single part of the park is beautifully maintained to a very high standard 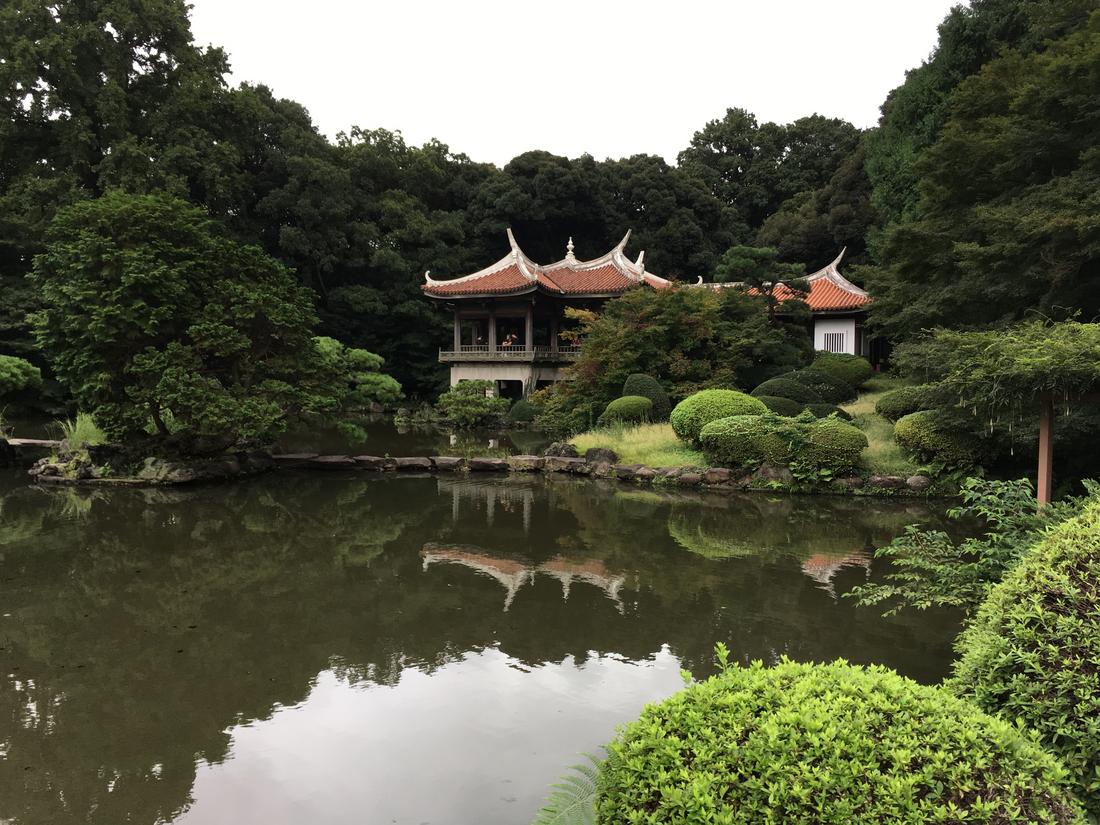 It was a treat to walk through this little green wonderland. You can almost forget that you're right in the middle of the world's most populated urban area. 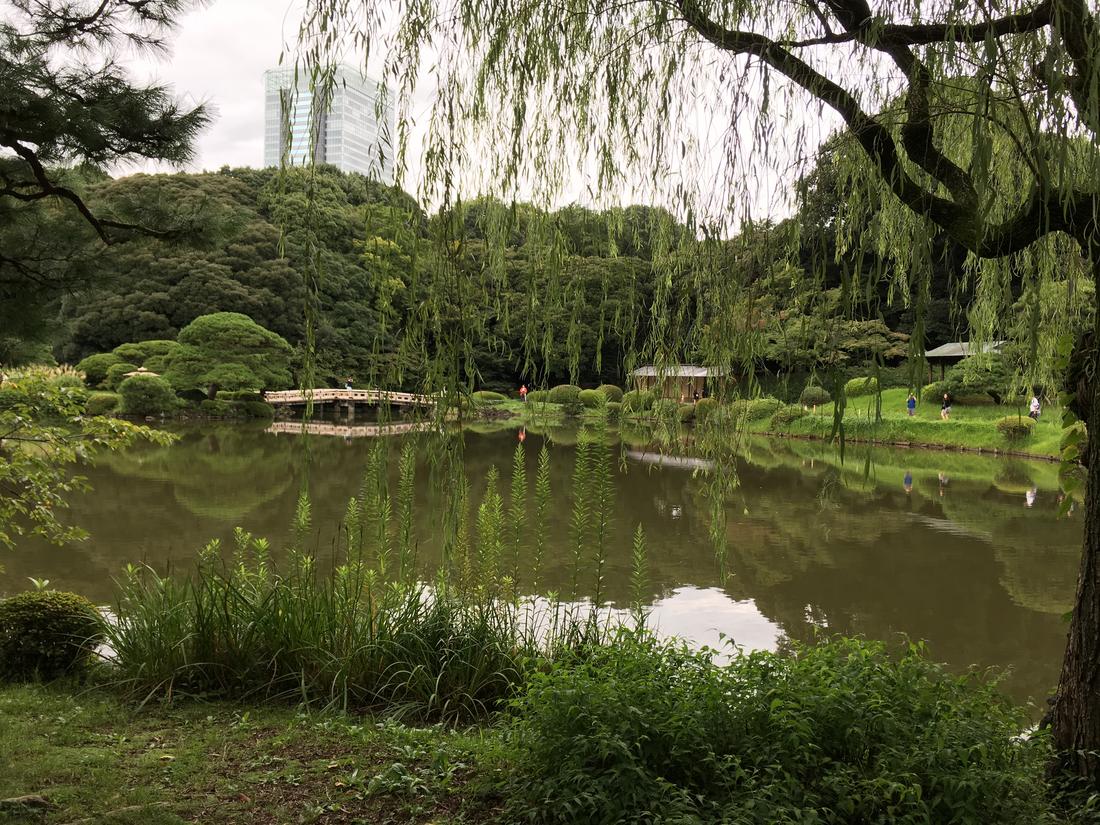 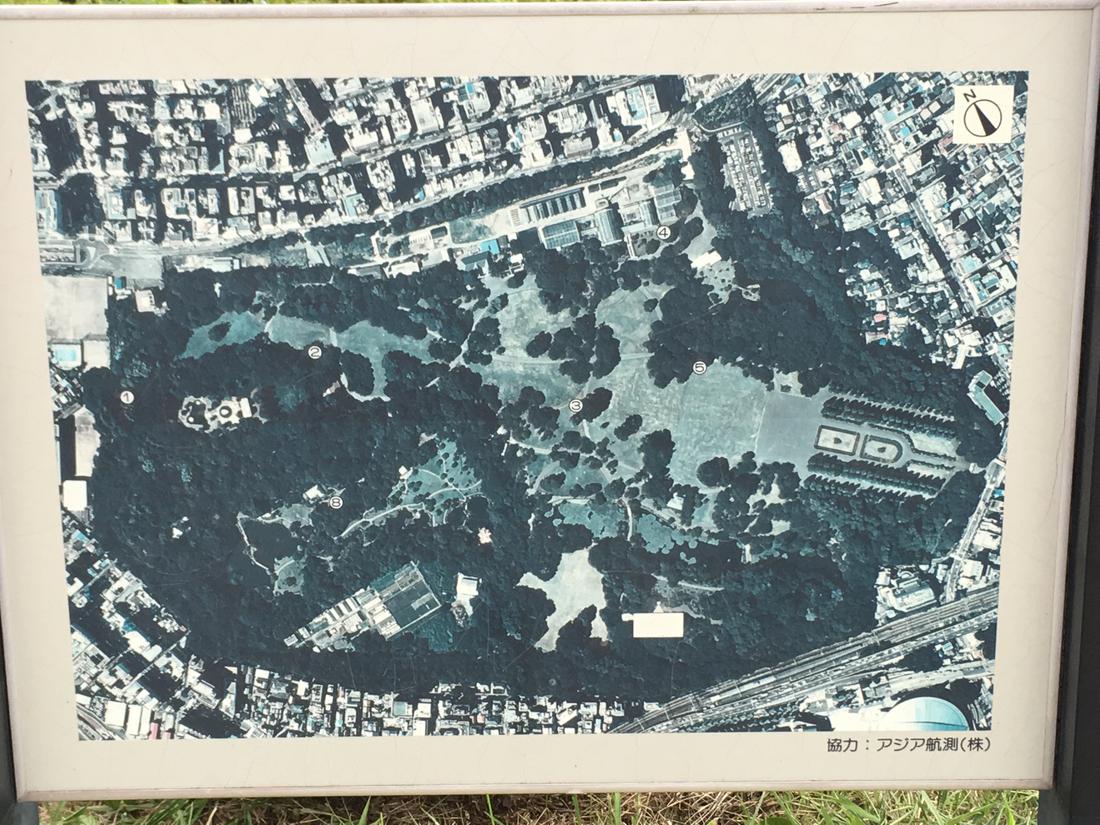 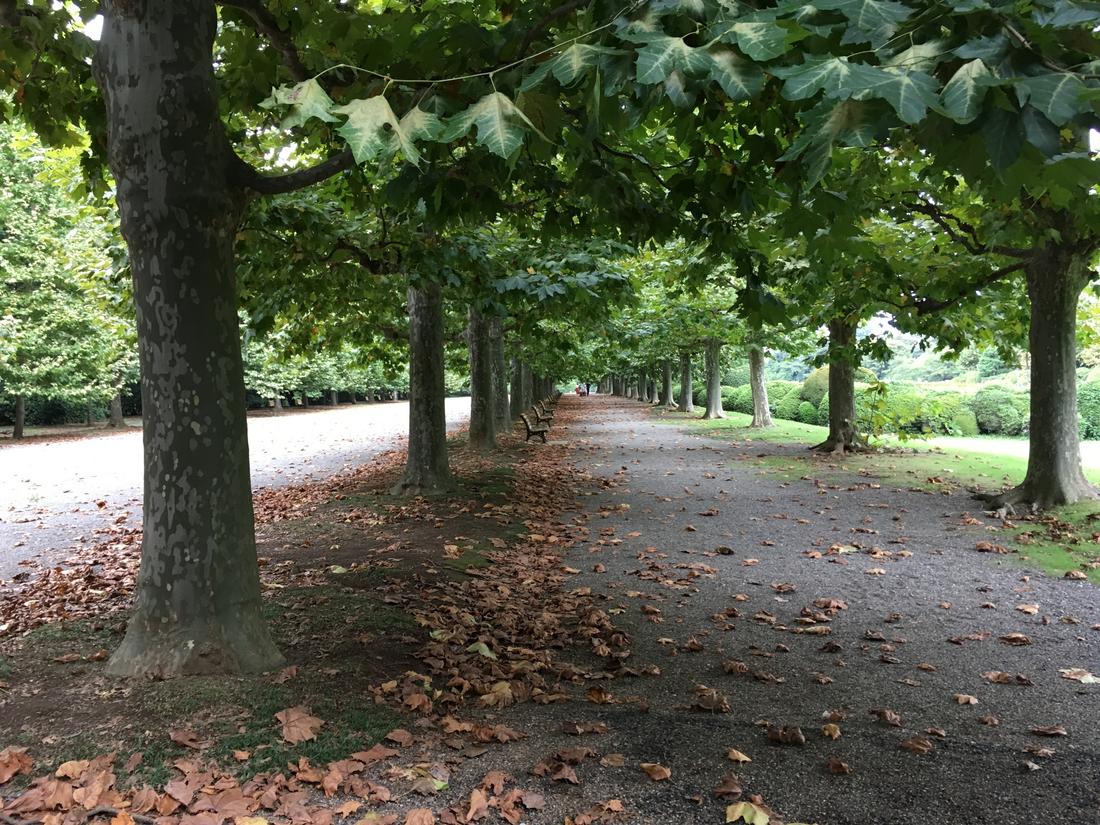 This was supposed to end up in the above post, but got lost in the mix. 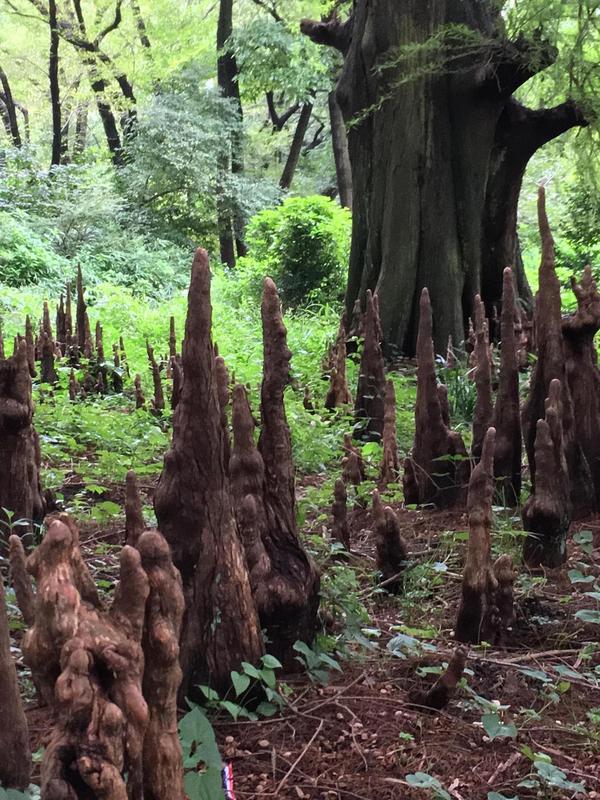 As you can tell my phone is not always the best equipment for such photography.. but if the scene is cool enough, I will share the photo anyway

I got lucky and managed to get into the greenhouse, which closes at 4pm. 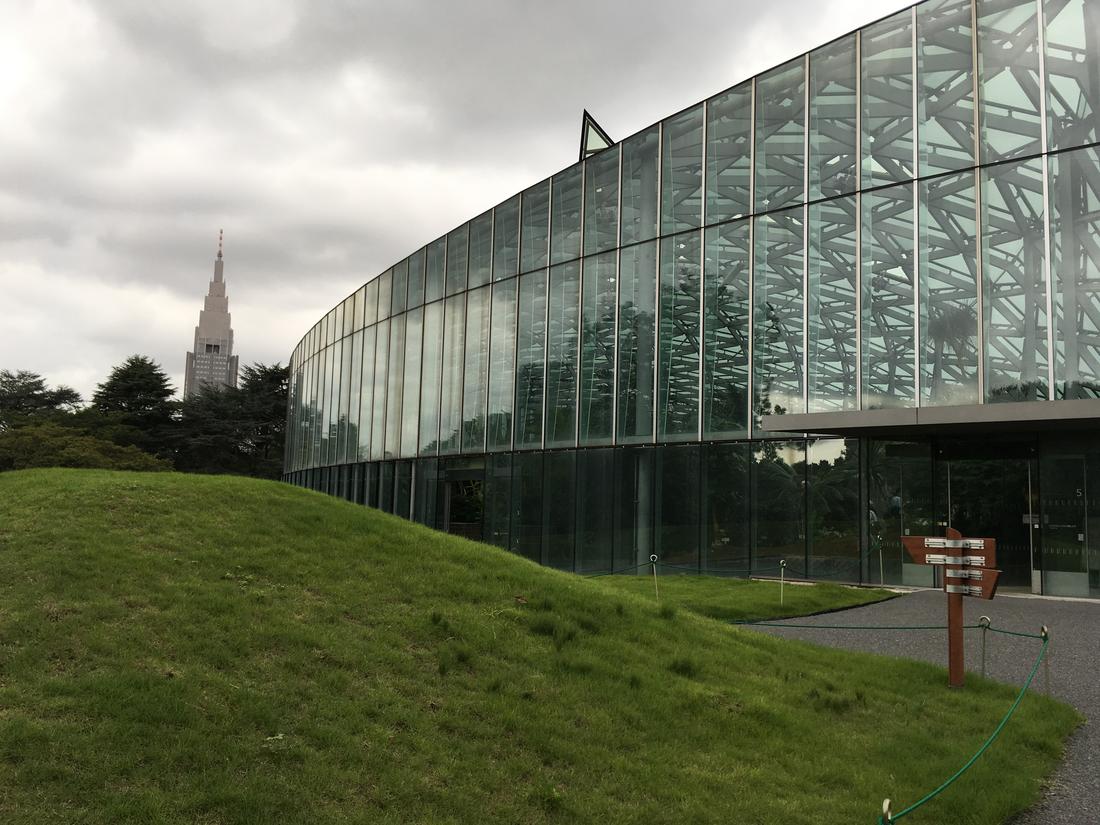 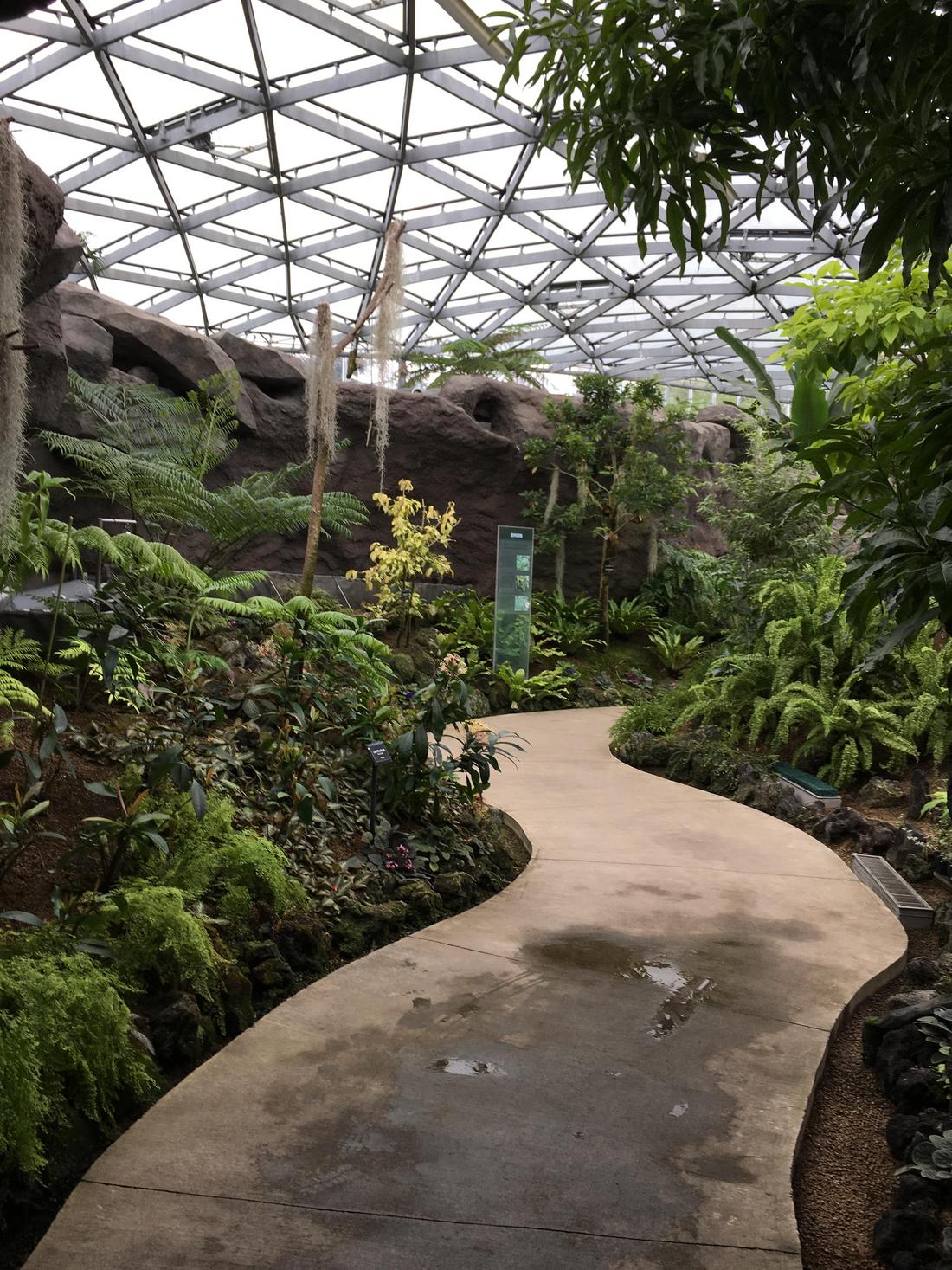 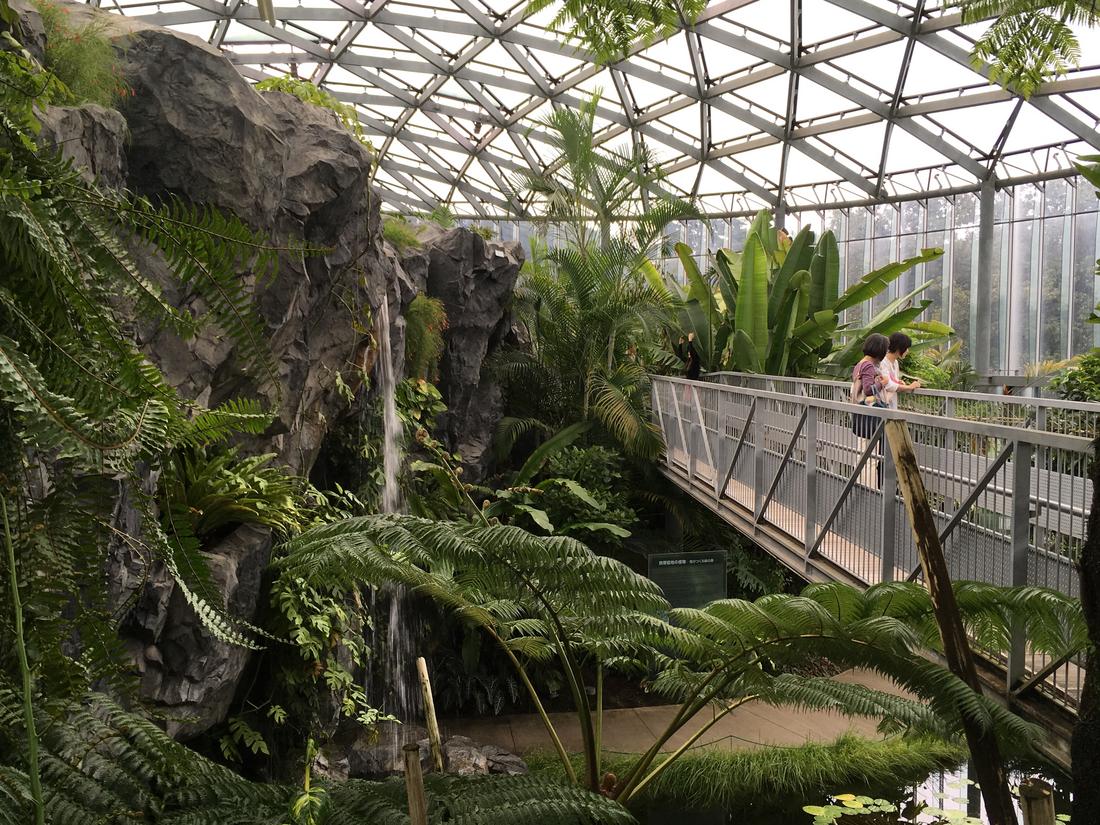 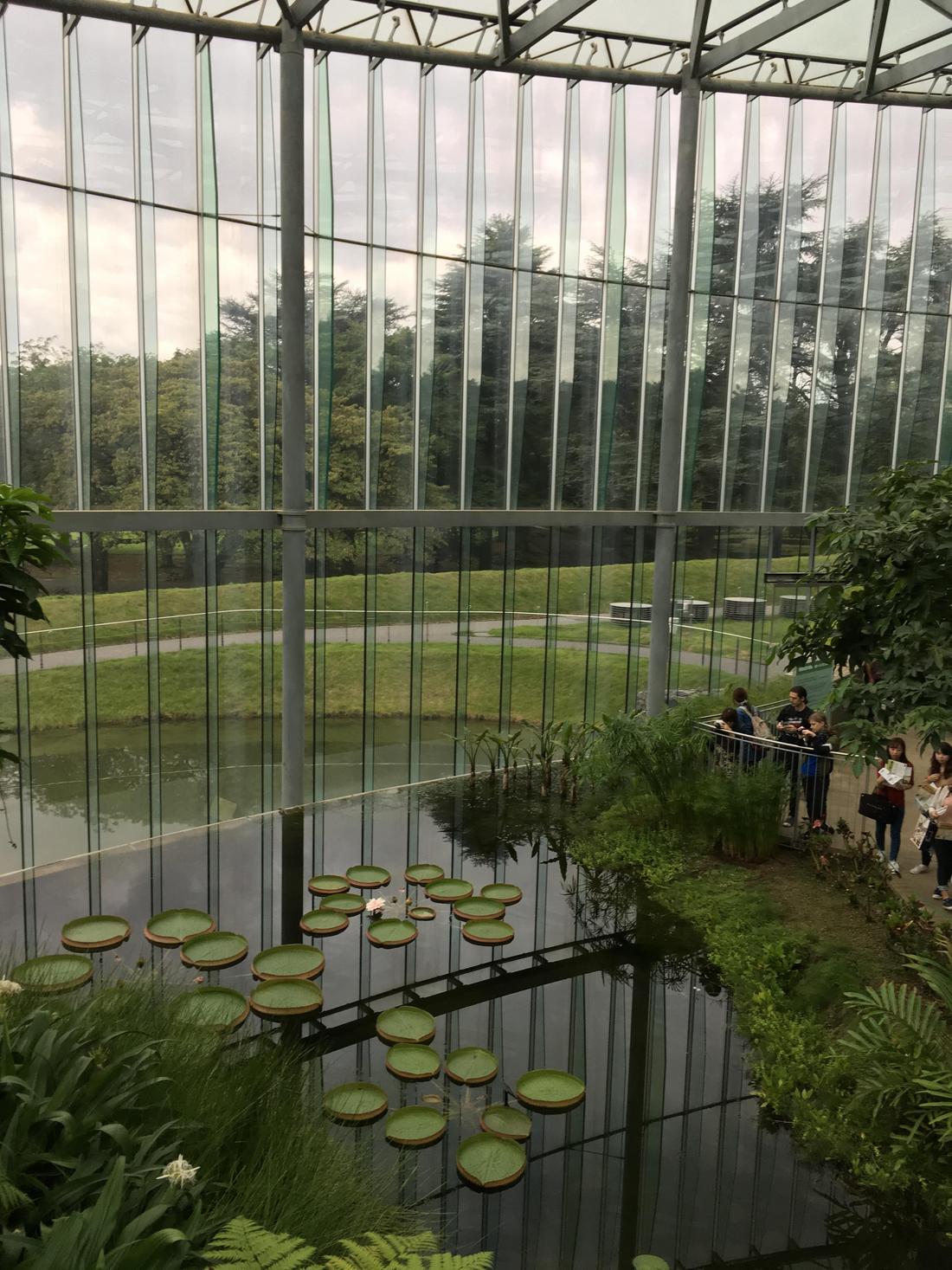 Pleasant photos, Warpus!
Dum inter homines sumus, colamus humanitatem. ("As long as we are among humans, let us be humane.") ~ Lucius Annaeus Seneca
"The church must be where there is need, and homosexuals have suffered innumerable discriminations. If the church doesn't free people from oppression, what purpose does it serve?" ~ Dr. Jacques Gaillot, Titular Bishop of Parthenia
“What difference does it make to the dead, the orphans and the homeless, whether the mad destruction is wrought under the name of totalitarianism or the holy name of liberty or democracy?” ~ Mohandas K. Gandhi

Did you try the squid on a stick - apparently there's a quail egg inside the head! 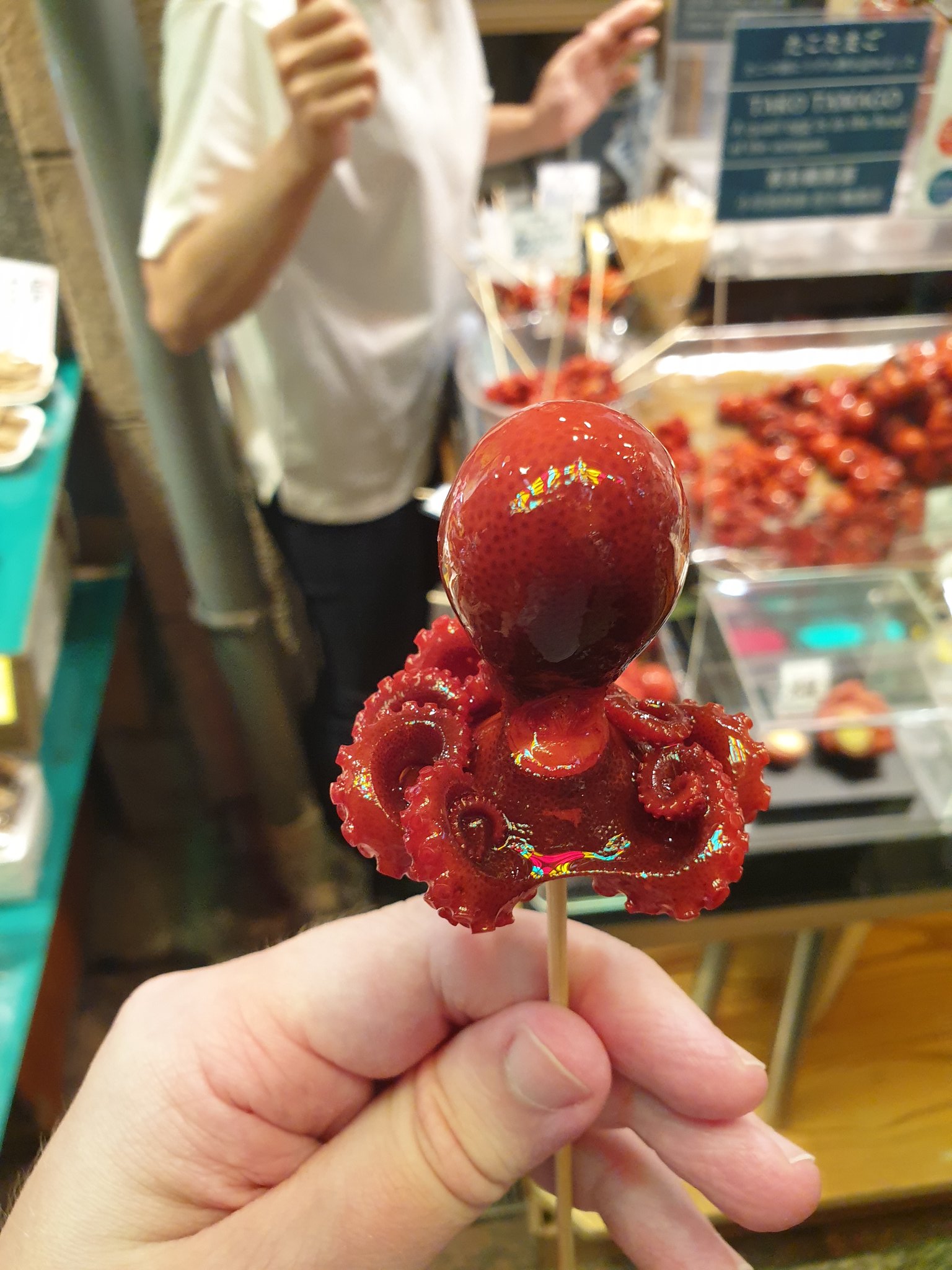 (It's as treif as can be, but I suppose I can experience it vicariously.)
Last edited: Oct 6, 2019
"What a weighty argument for the intellectual is the most ordinary slap in the face." -Varlam Shalamov 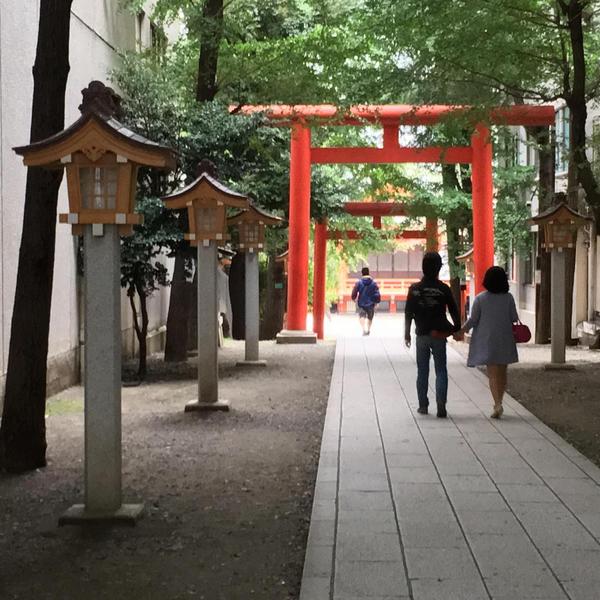 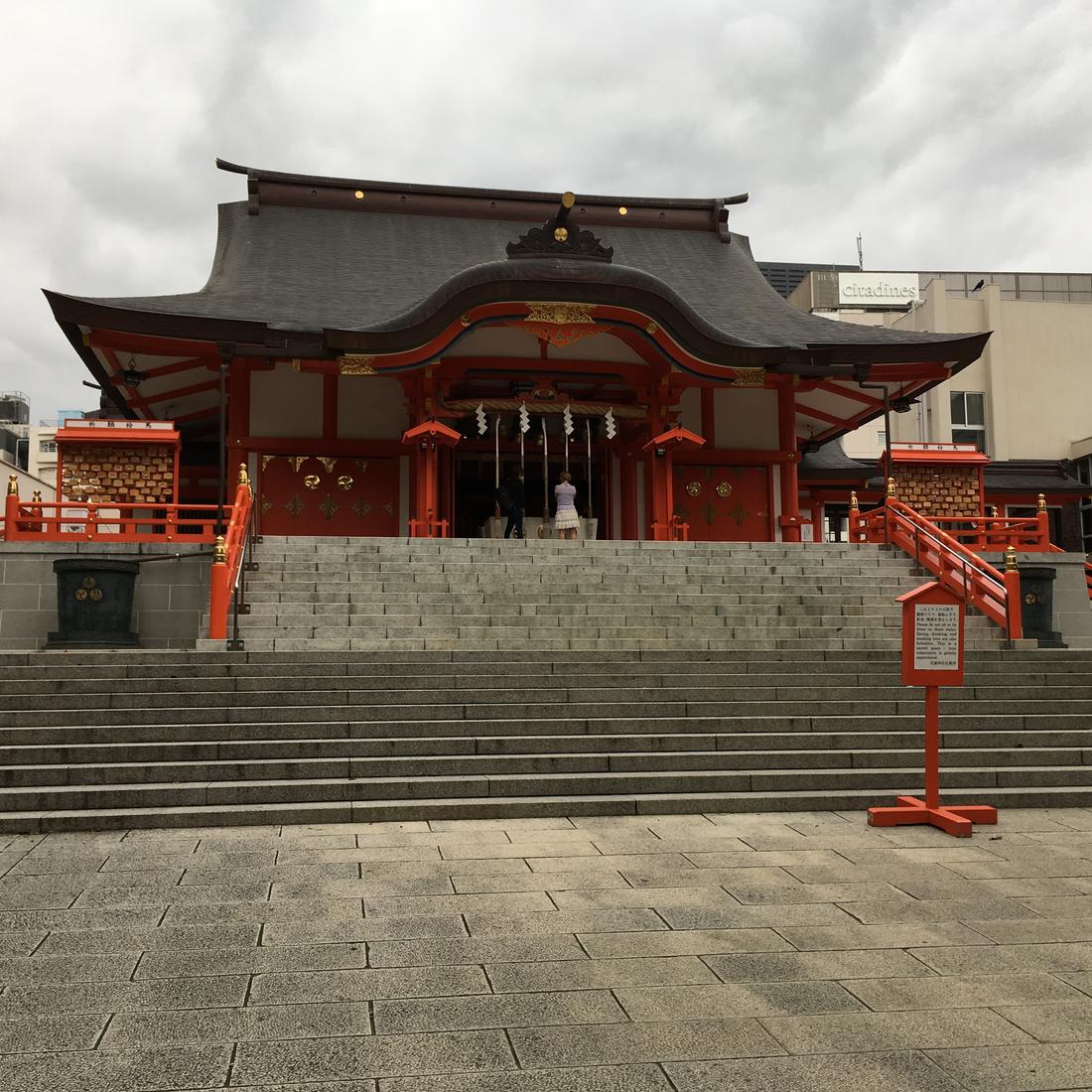 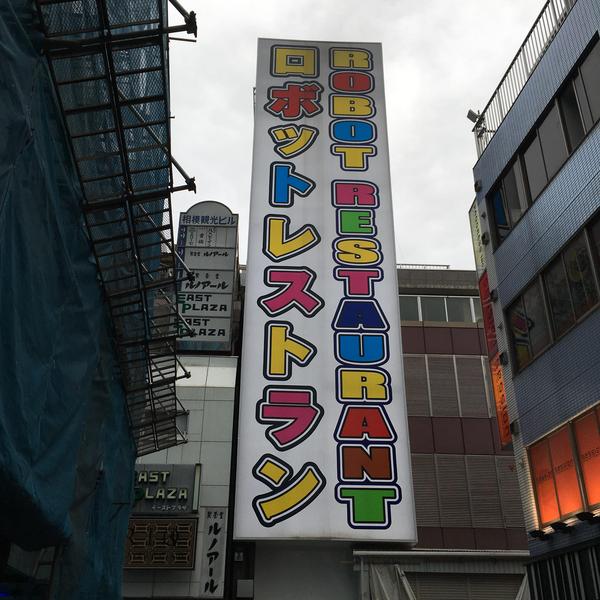 It's not easy to describe exactly what Robot Restaurant is, so I won't even try.. It's not really a restaurant, although you can order stuff to eat and drink


A friendly robot plays some tunes before the show begins


I was in the front row, although there weren't that many rows

It was time for a short break! A crew came out to install something required for the next part of the show


You might be tempted to think that this was just done for theatrics.. But a lot of people who go there hold up their cameras and phones.. and at times there are large constructs in the arena swinging around and doing other stuff. The fence is there so that everybody knows how far it's safe to put out your arms. They design their creations to not go beyond the fence
Patagonia 2008 | New Zealand 2010 | Peru 2012 | Thailand 2013 | Norway 2015 | Japan 2016 | Everest Basecamp Trek 2017 | Vietnam 2019

I spent a half a year in Tokyo in 2014 and their gyosa is the only thing worth subilmation
Last edited: Sep 20, 2019
There is no point of view from nowhere.
You must log in or register to reply here.